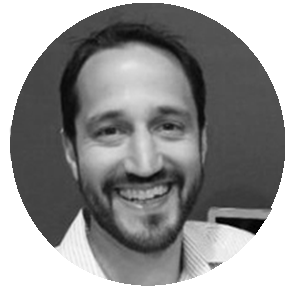 The late 1980s saw a transformation in architecture, as a humble Kansas City architect named Bob Berkebile sought to convince the American Institute of Architects (AIA) to become more environmentally conscious. Wanting to move architects toward designing structures that reduced their impact on the environment, Berkebile approached the AIA’s board of directors about forming a committee to study how the industry could better address these issues.

The board initially turned him down, but at the AIA convention in May 1989, a group of rising stars within the architectural world led a coup to help establish his vision. The request Berkebile originally made passed with unanimous consent, resulting in the creation of AIA’s Committee on the Environment (COTE). Chaired by Berkibile, COTE quickly developed into a formidable force within US architecture, collaborating with the US Environmental Protection Agency (EPA) on environmental research and new architectural design guidelines.

Architecture in the United States has since played an increasingly important role in green building design, with Bob Berkebile’s legacy being the impetus to implement carbon neutral buildings roadmaps. Yet the planning involved in creating carbon neutral designs addresses not just long-term societal issues, it deals with improving cost-efficiency in building design and operations.

Similar ideas are incorporated into designs for carbon neutral buildings.

Roadmaps for making built environments greener are invariably complex, as they center on reducing carbon dioxide emissions from construction through operations. It also involves issues concerning the extraction and transportation of materials used in construction and maintenance, too. Additionally, how these spaces are used must be taken into account. Various industrial, commercial, residential, or institutional functions need to be considered, along with how these buildings interact within their neighborhoods, as local planning should play a prominent role.

Six steps that minimize the built environment’s climate impact include:

Over the past several decades, these concepts have become vital parts of how buildings are conceptualized and constructed. The late 1960s saw architectural designs emerge that complemented buildings’ natural surroundings, yet real change only occurred during the mid-1970s energy crisis. This brought about building code changes, resulting in more airtight and better-insulated designs, and architects began to incorporate environmental factors into their plans. From this, rating systems like Leadership in Energy and Environmental Design (LEED) emerged as frameworks for designing increasingly efficient and healthier buildings. LEED certification is now internationally recognized for its leadership and can be a component of a carbon neutral buildings roadmap.

Designing, delivering and operating a smart building can help owners execute their carbon neutral roadmap. The Internet of Things (IoT) offers building owners, managers, and tenants the necessary tools for ensuring those carbon-neutral goals are achieved consistently throughout the life of the building.

In a smart grid, the IoT can facilitate the immediate transfer of energy from a node where it’s in surplus to a node that’s running an energy deficit, thus smoothing out the system. Or else the IoT can make sure that excess energy is stored up today so that the system can use it tomorrow. In both cases it makes renewable energy sources feasible to use. Variability is no longer an issue.

To reduce climatic impact, targeted plans should be defined early in construction projects. Even initial sketches should look at how to minimize waste. Consideration should also be made for existing structures, looking at renovating rather than demolishing and rebuilding.

Stakeholders consider both regulation and financial motivations when planning carbon neutral buildings. Typically, property developers and managers tend to treat immediate fiscal matters with greater urgency. But carbon neutral buildings can actually offer significant savings in both construction and operation, at which IoT systems particularly excel. Data gathered by smart systems and turned into insights by advanced analytics can be instrumental in mapping out and validating strategies that identify and regulate energy usage to minimize waste.

Some of the best strategies for carbon neutrality in built environments involve:

Much of what IoT does to create carbon neutrality in buildings involves regulating how much and where energy goes, and when, to ensure better efficiency throughout built environments. Doing that efficiently requires a well-architected and fully integrated system that uses cutting-edge technologies to harness building data and enable efficiency-focused automation. A master systems integrator who specializes in IoT-driven smart buildings can ensure your system has the capabilities you need to create a carbon neutral buildings roadmap and achieve your goals.

To learn more about how Buildings IOT can help you create a carbon neutral buildings roadmap, contact our integration and analytics experts.

Jon Schoenfeld, PE is Buildings IOT's Director of Energy & Analytics. He's been developing advanced algorithms for building automation applications for more than a decade and he applies his tremendous building expertise as he oversees the team of building scientists creating the onPoint platform.

How to Choose Building Analytics Products That Integrate Well

For any data reporting process to work well, successful integration with a range of data sources is... 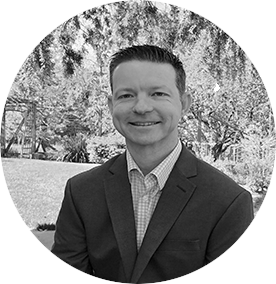 Building management system vs. building automation system—is there a difference?