Smart buildings have been around for a long time, though not in the form in which they exist today.

What Are Smart Buildings?

A smart building uses sensors, actuators and microchips, in order to collect data and manage it according to a business’ functions and services. This infrastructure helps owners, operators and facility managers improve asset reliability and performance, which reduces energy use, optimizes how space is used and minimizes the environmental impact of buildings.

Technology is what gives built structures “intelligence”. However, that intelligence isn’t a characteristic of a single system component. Rather, it is the result of a technological ecosystem that includes IoT devices, ML-driven analytical software, and automated building management systems (BMSs).

The Benefits of Smart Buildings

Smart buildings have significant benefits over traditional built environments, including:

Efficiency-focused smart technology is a critical tool for minimizing the carbon emissions that contribute to climate change.

Smart building systems use energy only when and where it is needed, reducing costs.

Many new builds are designed to realize these benefits from the start. However, building owners who retrofit existing structures with smart building technologies will also see a meaningful return on their investment.

Smart buildings are created using well-architected systems software and hardware. Each component within these systems should be thoughtfully chosen to ensure you achieve your goals.

Smart buildings rely on IoT sensing devices with a wide range of capabilities. These devices can work within the existing wired infrastructure of retrofitted structures but typically use wireless access points.

The most common IoT devices include:

Many IoT devices work on open protocols. This allows them to communicate with other devices and systems, along with analytics platforms and other building software.

Wireless devices are essential for smart buildings but won’t completely replace the wired legacy systems found in many structures. Rather, wireless devices supplement the capabilities of a smart building’s cabling backbone. Yet due to how conduits in older buildings are constructed, retrofitting buildings often requires tearing down walls or adding ports. Because of the added expense, new approaches have been developed.

Though this still uses fixed cabling routes, it offers considerably more freedom for designers and architects of smart buildings. Technology continues to advance, and newer innovations like Li-Fi, which may replace other wireless technologies, are being developed to make connectivity in built environments even more accessible and reliable.

A smart buildings service provider with a controls background will understand both the control systems and the smart technology that overlays them.

Cloud computing is opening up new opportunities to safely harness the potential of building data. The cloud allows you to avoid the upfront cost of on-site data storage and offers great flexibility as your needs change.

Some buildings need some level of on-premises data storage for regulatory reasons. However, cloud servers are often more secure than their on-premises counterparts, as the best cloud providers use cutting-edge cybersecurity strategies and do not require virtual personal networks (VPNs). A cloud provider also has the ability to continuously back up critical data across a range of servers in multiple locations for redundancy.

Though there is still considerable discussion over which security strategies to use, best-in-breed measures allow users to integrate the most innovative software and devices from multiple developers and manufacturers.

With analytics, you gain a new level of control and get direct access to the brains behind your smart building.

In order for IoT devices, analytics applications, and building systems to work together seamlessly, they need to be integrated. An integration platform-as-a-service (iPaaS) that uses open protocols is one of the most innovative ways to do this.

An integration platform ensures data flows into and out of a smart building’s systems unencumbered. Supported by cloud servers, such platforms negate the need for complex configurations, manage relationships between data sets, and normalize data. The result is a unified system with powerful capabilities and great scalability. 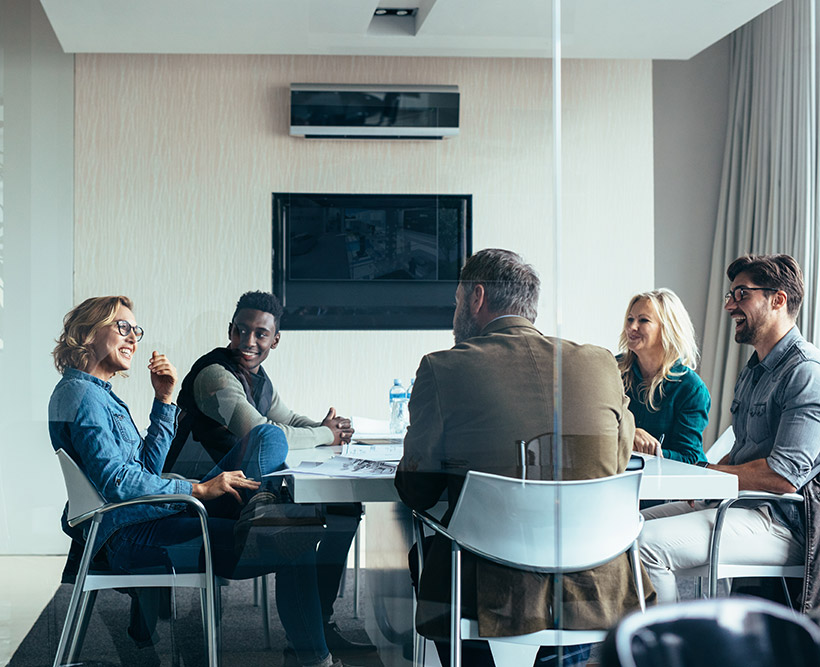 Smart buildings technology is constantly evolving. A master systems integrator helps you identify what you need—and what you don’t. Whether you’re in the initial stages of design or retrofitting a property full of legacy equipment, the right partner will show you how smart your building can truly be.